TMDA is an Executive Agency which inter-alia operates within the framework of the Executive Agencies Act, Cap 245. MAB was established under this Act together with Section 9 of Tanzania Medicines and Medical Devices Act, Cap. 219. MAB members including the chairman are appointed by the Minister responsible for health. The main role of MAB is to advise the Minister on strategic and operational matters of TMDA.

The Chairman and other Members of MAB serve for a tenure of three years and are eligible for re-appointment. Currently, there are six members who have been appointed and the Director General of TMDA serves as the Secretary to the MAB. The current composition of MAB is as follows: 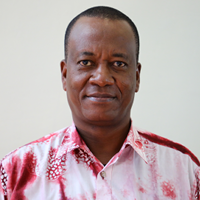 Mr. Shitindi served as the Director of Management Services at President’s Office, Public Service Management (PO-PSM) between 2007 and 2011. In February 2011 he was appointed as the Permanent Secretary - Ministry of Labour and Employment where he served up to December, 2015. Between January 2016 and December 2018 he was shifted to the Prime Minister’s Office as the Permanent Secretary – Labour, Youth, Employment and People with Disability. Before his appointment as the Board Chair, he was the Regional Administrative Secretary (RAS) of Njombe Region, the position he served between July 2018 and May 2019.

In his tenure as public servant, Mr. Shitindi chaired the Government Steering Committee for merging of Social Security Funds from five to two Social Security Funds one for for Public Sector employees and another for private sector employees (2016 - 2018). He was conversely the Chair of Tripartite Steering Committee involving Government, Private Sector and Trade Unions to review labour laws & skills for the purpose of reforming them. The review led to agreement of formula for Skills Development Levy and development of Guidelines for Skills Development and Internship Programme in the country.

Mr. Shitindi had also been a Member of Labour, Economic and Social Council (LESCO) - a tripatite council responsible for advising the Minister for Labour on labour, economic and social matters between 2011 – 2018.

He had also been the Board member of various institutions to embrace the Vocational Educational and Training Authority (VETA), the National Examination Council of Tanzania (NECTA) and the Tanzania Wildlife Research Institute (TAWIRI). Mr. Shitindi was also a member of the Inter-Agency Task Team (ITT) of Legal Sector Reform Programme and the inter-ministerial Education Sector Management Group (ESMG) responsible for overseeing education sector reforms. 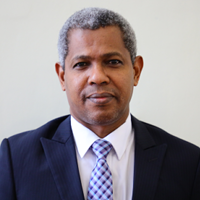 Prof. Aboud is the professor of virology and immunology and currently working at Muhimbili University of Health and Allied Sciences (MUHAS). He is also serving as the Chair of the MAB Sub-Committee on Legal and Technical matters.

Furthermore, he was the Chair of Tanzania Working Group for the Global Antibiotics Resistance Partnership (GARP), Member of Committee on Adverse Events Following Immunization (AEFI) - Ministry of Health and Social Welfare (2013 to date), Member of National Polio Preparedness Task Force (NPPTF) and National Polio Expert Committee (NPEC) (2013 to date), Member of WHO Advisory Group of the Pandemic Influenza Preparedness Framework, Member of Board of Trustees of Ocean Road Cancer Institute (ORCI), Member of the Private Health Laboratories Board (PHLB), Member of National Immunization Technical Advisory Group (NITAG) and Health Technologies Assessment Committee of the Ministry of Health, Community Development, Gender, Elderly and Children.

He has more than 100 published papers as first and co- author in scientific publications. He has a vast experience in management of National and international issues in medicines and clinical research. 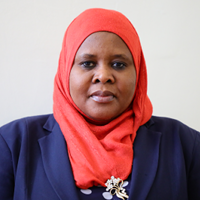 CPA Zaina Mohamed is the Chief Internal Auditor at National Housing Corporation (NHC). She is the current chairperson of the MAB Sub-Committee on Audit and Risk Assessment matters. Coupled with her knowledge of auditing of firms in the country, she offers great knowledge and expertise to MAB on issues related to auditing and risk management

CPA Zaina pioneered the establishment of the Internal Audit Unit whilst working with the Workers Compensation Fund (WCF). She was also engaged in crafting the Risk-based Internal Audit Manual and participated in the development of various Enterprise Risk-based Management Systems while still working at the National Social Security Fund (NSSF). CPA Zaina also served as the member of the TANROAD Management Audit Committee and ex - treasurer of the Tanzania Association of Women Certified Accountants (TAWCA).

CPA Zaina has vast experience in risk-based internal audits, corporate governance, risk management and controls including practical experience in evaluation of design and effectiveness of controls. 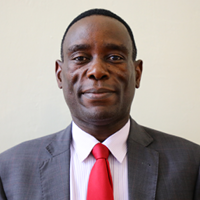 Prof Kamuhabwa is a registered pharmacist and renowned professor of pharmacology and therapeutics. He is currently serving as the Deputy Vice-Chancellor - Academic, Research and Consultancy (DVC-ARC) at the Muhimbili University of Health and Allied Sciences (MUHAS).

He is the member of MAB Sub-Committee on Audit and Risk Management matters. Before his appointment as MAB member, he was serving as the member of TMDA Clinical Trials Technical Committee between 2012 and 2020.

Prof. Kamuhabwa holds both Masters and Doctoral degrees in Pharmacology and Therapeutics which he attained at the Catholic University of Leuven in Belgium. He is also an alumnus of MUHAS, formerly the University of Dar es Salaam where he did his Bachelor's degree in Pharmacy.

He is also currently serving as the Board Member of the Council of Catholic University of Health and Allied Sciences (CUHAS) – the position he has been in since 2019. He has been the member of MUHAS Committee of Deans and Directors since 2007. By virtue of his position, he is also serving in the MUHAS Senate, Planning and Finance Committee. He was also the member of NACTE Health and Allied Sciences Board between 2014 and 2016.

He worked as the Director of Planning and Investment for the new MUHAS Campus Project between 2015 and 2016. Before his confirmation, he was in acting capacity as the Vice-Chancellor and Acting Deputy Vice-Chancellor for Planning, Finance and Administration at MUHAS.

Prof. Kamuhabwa is a prominent researcher and consultant in clinical pharmacy and pharmacology with over twenty years of experience. He has over-researched many interventions related to malaria, cancer, HIV, cardiovascular and other non-communicable diseases including publishing over 70 papers in peer-reviewed journals. He has presented his research findings at several international conferences in Africa, Europe, Canada and Japan.

Prof. Kamuhabwa has collaborated with many organizations and research institutions to include Management Sciences for Health (MSH), USAID, SIDA - Sweden and Tufts University (USA). He had also worked with the Ministry of Health - Tanzania for training and capacity building of human resources for health, Neglected Tropical Diseases (NTD) Control Programme, National AIDS Control Programme (NACP) and TMDA.

He has been involved in several national projects to embrace Pharmacovigilance of Drugs Used for Mass Drug Administration (MDA) for NTDs, Meeting the Needs for Public Health and Workforce Training for Disadvantaged Populations in Tanzania. 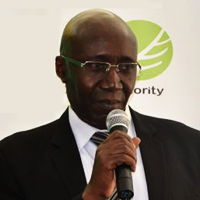 Mr. Kiliba is an expert in public administration currently working at the Cabinet Secretariat. He serves in both Sub-Committees of MAB – Legal and Technical matters as well as Audit and Risk Management.

He has a notable experience in management and administration working in both the public and private sectors.

He attained his Masters Degree in Business Administration (BA) majoring in Public Services from the University of Birmingham - United Kingdom. He also holds an Advanced Diploma in Public Administration of Mzumbe University formerly the Mzumbe Institute of Development Management

Between 1999 and 2001 he was the Assistant Director of Records Management Section under the Division of Records and Archives within the President’s Office, Public Service Management

He was the Management Analyst under Manpower Utilization and Private Sector Participation Section within the Management Service Division under the President’s Office, Public Service Management and Administrative Officer in the Morogoro District Commissioner’s Office between 1990 and 1991.

As the public servant, he has served in various Boards including the Agency for Development of Education Management (ADEM), Tanzania Broadcasting Corporation (TBC) and Institute of Rural Development Planning - Dodoma.

Mr. Kiliba offers MAB great technical abilities in public administration and how such principles are applied during MAB deliberations. Mr. Msasi is currently the Director of Pharmaceutical Services and Chief Pharmacist at the Ministry of Health, Community Development, Gender, Elderly and Children. He has been working in the pharmaceutical supply chain management system for over a decade now.

Pharmacist Msasi holds a Masters of Business Administration (MBA) degree majoring in Human Resources Management. He acquired this advanced qualification from Saint Augustine University of Tanzania. He is also the holder of Bachelor of Pharmacy degree of the Muhimbili University of Health and Allied Sciences (MUHAS).

During his civil service, he has served in various positions within the pharmaceutical sector to include being the Acting Director of Customer Service and Zonal Operations at Medical Stores Department (MSD) between 2016 and 2017; MSD Zonal Manager - Mbeya branch between 2013 and 2016 and Mtwara between 2009 and 2013.

Mr. Msasi serves in the MAB Sub-Committee of Legal and Technical Matters and he assists the Board in matters related to the pharmaceutical sector. His role within the Ministry responsible for health brings – up Ministerial connectivity or link-up to the Board for the overall intention of defining and interpreting policies that needs to be construed by MAB for effective implementation 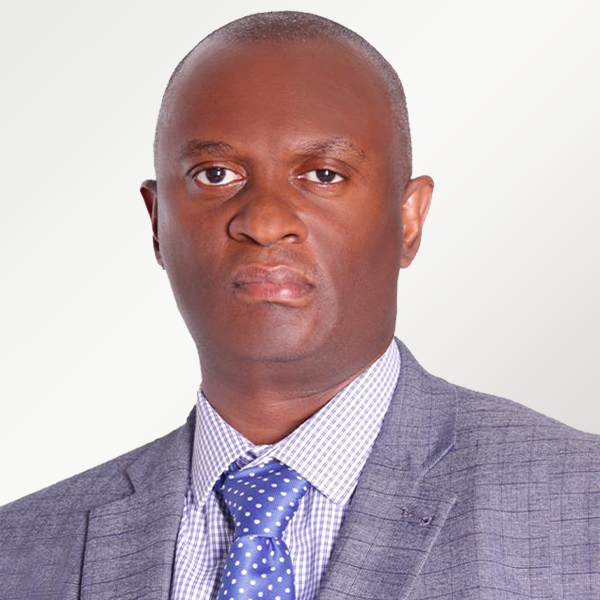 Mr. Adam Mitangu Fimbo is currently a PhD candidate at Karolinska Institutet – Sweden. He also holds a Masters Degree in Clinical Trials which he attained at the University of London at London School of Hygiene and Tropical Medicine – United Kingdom. Likewise, he also acquired a Masters Degree in Pharmaceutical Services and Medicines Control of the University of Bradford in United Kingdom. His first degree was Bachelor of Pharmacy which he did at Muhimbili University of Health and Allied Sciences (MUHAS).

Mr. Fimbo is the Director General of TMDA – the position he is holding since September 2020. Before that he was in the acting capacity since 2018. Between 2010 and 2018, Mr. Fimbo was the Director of Medicines and Cosmetics at the time the Tanzania Food and Drugs Authority (TFDA) was in existence.

Mr. Fimbo has pioneered the establishment of an effective regulatory system within TMDA that has enabled the Authority to become one of the best Authorities in Africa including attaining ISO 9001 certification and World Health Organization (WHO) Maturity Level 3. He has further orchestrated the development of a robust and effective system for control of clinical trials in Tanzania which was inexistent before 2008.

Mr. Fimbo was part of a team that pioneered the establishment of the African Vaccines Regulators Forum (AVAREF) whose objectives are centred around building capacity of African regulatory authorities and ethics committees to set-up systems for regulatory oversight of clinical trials involving HIV, malaria, meningitis, rotavirus, ebola and other priority vaccines.

Coupled with his managerial acumen, Mr. Fimbo conversely possesses great technical abilities in a wide array of regulatory functions to include assessment of dossiers of medicines, vaccines, medical devices and diagnostics submitted by manufacturers for marketing authorization, good manufacturing practices (GMP) inspection of pharmaceutical, biological and medical device manufacturers, good clinical practices (GCP) inspection of clinical trials, pharmacovigilance expertise including monitoring of adverse events following immunization (AEFIs) and auditing of quality systems in organizations as per ISO standards. The work experience and knowledge acquired through his qualifications have contributed significantly towards accruing these notable and holistic technical abilities.

Mr. Fimbo has also attended a series of national, regional and international meetings, workshops and seminars related to regulation of medical products including making presentations. He had also been engaged in a number of retreats to develop various regulatory guidelines that are currently in use.

In the international arena, Mr. Fimbo had worked as the Technical Officer with the World Health Organization (WHO) in Geneva – Switzerland under the auspices of the WHO Prequalification Programme, between November 2008 and February 2009. In the same Programme context, he was amongst the Assessors who were commissioned by the WHO in the assessment of dossiers for products that seek WHO prequalification approval between 2007 and 2009.